The community pain from pokies losses is soaring. It’s causing devastating harm to people across rural and regional Victoria. From relationship breakdowns, family violence and mental illness to increased crime rates and loss of life. 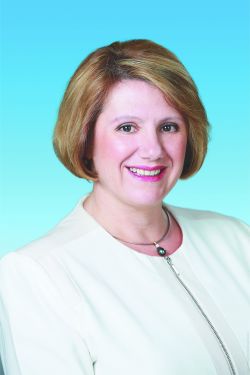 But the impacts affect more than just problem gamblers – with family members, other relatives, employers, workmates and the wider community all impacted.

So just how big is the problem?

In August, Victorians recorded the second worst pokies losses ever. In rural and regional areas, more than $53 million was lost during the month across 185 venues – five per cent higher than the losses a year earlier. Across the state, the figure was $246 million in losses for the month as we head for a record total loss across Victoria of $3.2 billion in 2018.

These numbers are staggering, and they keep on rising after the Parliament legislated for new 20 year pokies licences late last year.

Rural and regional Victorians simply cannot sustain gambling losses worth more than half a billion dollars each year. That’s $1.6 million being lost every day outside of metropolitan Melbourne. And losses grew across rural and regional communities by 3.5 per cent last year.

In small shires like Northern Grampians and Ararat - which have only four venues between them - combined gambling losses of more than $9 million are experienced year-on-year.

World records should be a proud achievement. But our world record levels of per capita gambling losses are shameful – Australians lose almost $14 billion a year on the pokies. And yet some simple changes by governments could make a real difference.

With only 21 days until the state election, voters can demand our politicians do more to protect communities from gambling harm. Prevention initiatives are critical.

Councils are resisting new applications more vigorously than ever before, but laws need to change to give local communities a greater say about where poker machines are located.

The current system favours applicants by requiring a council to prove there is ‘no net detriment’ to the community. Last month, Ballarat Council agreed to prepare a submission to the Victorian Commission for Gambling and Liquor Regulation outlining the negative economic and social impacts of an application for extra pokies at one of its biggest sporting venues.

However, legislative changes by Victoria’s next government could reverse the system to require applicants to meet the economic and social impact test that their application is beneficial to the local community.

Gambling losses are also disproportionately felt in our least affluent postcodes. Why? Because poker machine locations deliberately target these communities.

For example, Geelong has the most pokies and poker machine venues of any Victorian council. For the past 10 consecutive months in Geelong, gambling losses have risen compared to monthly losses recorded for the previous two years. In August alone, gambling losses rose almost 10 per cent and are set to hit a record high of $120 million in 2018.

These figures justify Geelong Council trying to stem the tide of gambling harm to their community by opposing an application for 30 extra machines at one local venue. Council lawyers will appear before the Commission later this month to argue their case.

Secondly, councils want a commitment that the next Victorian government will introduce harm reduction measures at venues. This includes setting a $1 maximum bet limit, reducing gaming venue operating hours, and lowering the daily cash withdrawal limit from $500 to $200 at gaming venue EFTPOS machines.

However, many venues divert these community benefit funds back into club refurbishments and operating costs, rather than to genuine community programs. We want to see the guidelines updated by the government to require gaming venues to donate community funds to charities that ensure money is returned to vulnerable communities.

Around 30 per cent of people who regularly use pokies are suffering harm – and each problem gambler impacts on an estimated 5-10 other people. This makes gambling harm everyone’s problem. As a community we need to demand urgent reforms.

Go to pokiesplayyou.org.au to find out how or if you need assistance, look out for your local Gamblers Help service, which is funded by the Victorian Responsible Gambling Foundation.