Let’s talk people, or more particularly population. Melbourne’s is going gangbusters, our regional centres are just doing okay, while many of our more regional and rural areas struggle to attract and retain sustainable population levels in their towns. 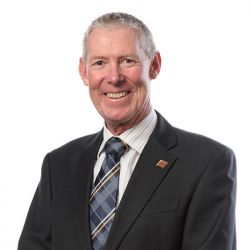 Updated data from the Australian Bureau of Statistics shows that Greater Melbourne passed the five million population mark this month as Victoria experienced Australia’s biggest population growth ever over this past year.

Melbourne grew the fastest of all capital cities at 2.7 per cent. Five of the top 10 fastest growing areas across Australia are in Victoria - four in Melbourne’s outer suburban growth corridors and the Melbourne CBD. On a purely Victorian basis, Grovedale on the outskirts of Geelong is the only non-metropolitan suburb among Victoria’s top 10 fastest growing communities.

Is this what we want for a growing state? To build expensive new roads, schools, shopping centres and hospitals for most of our new residents? Shouldn’t we instead support people to settle where there’s already the local infrastructure to provide for their needs, a welcoming community and jobs for them to take up. This would also be great for our economy.

Local government collectively shares the concern that our rapid population boom is far from equal in its impact on the whole state. We have called on all political parties contesting the November state election to develop a Victorian Population Strategy 2050 to better manage growth and opportunities, and improve the long-term outcomes for our rural and regional areas.

This action deserves bipartisan support. It is essential if we are to avoid a decline in country Victoria’s prosperity and capitalise on the many opportunities it offers. Advocacy underway by Rural Councils Victoria reiterates these concerns and is calling on political parties to help unlock the potential and capacity of rural Victoria.

We specifically want to see the next Victorian Government partner with regional councils to identify population growth strategies and local infrastructure needs, so that regional areas can provide the quality of life that will give our new residents a great future.

Greater state investment is needed in key infrastructure to house people, such as water and sewerage connections, as well as services that make communities liveable like transport, telecommunications, education and health.

As councils, we believe everyone in Victoria deserves equitable access to local services regardless of where they live. It’s a precondition to attract workers and new residents out of metropolitan Melbourne, and something we are sure all Victorians support.

The ‘build it and they will come’ approach is echoed in the most recent report by the National Institute of Economic and Industry Research into the state of Australia’s regions.

The report identified innovation as the core driver for long-term economic growth, and noted that successful knowledge-based regions have a high concentration of global workers such as scientists and engineers who are attracted to areas with a variety of cultural and lifestyle choices. Decentralisation of knowledge economy jobs will be essential to provide people with an incentive to relocate.

Struggling rural areas cannot compete for knowledge workers and businesses when their council budgets are under siege just to provide the basics like roads, libraries and parks.

These rural shires don’t have the finances to provide the wide variety of cultural, lifestyle and infrastructure needed to attract and grow their knowledge economies, yet they are no less deserving or alive with opportunity.

We also support the recent platform launched by Regional Cities Victoria calling for targeted state government investment to boost regional jobs and population growth. Our regional and rural councils are ready and willing to help alleviate the pressures on Melbourne.

As Melbourne’s population boom becomes unsustainable, decisive action is needed by the next Victorian Government to help ensure country Victoria thrives. We have barely scratched the surface unlocking the true potential of our regions, and councils have collectively identified actions to grow the economy and improve liveability.

Strong leadership could significantly redefine the demography of our state and the prosperity of all Victorian communities. With Melbourne’s population predicted to reach eight million by 2051 – similar to global cities such as London – urgent action is required. Councils have already done much of the ground work identifying solutions. It’s now up to political parties to act on them.

This Opinion Editorial was published on 8 September 2018 in Fairfax regional papers the Ballarat Courier, Warrnambool Standard, and Border Mail.